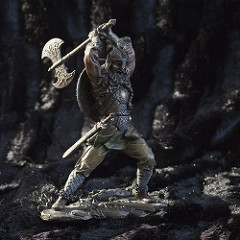 Description:
Viking is a game mixing action stages fight a battle against ten and mass. This cross between God of War and Dynasty Warriors took advantage of Norse mythology to bring a scenario tinged magic and barbarism. Offering three islands to test the various combos available to us, this PS3 title from The Creative Assembly does not skimp on the gore in order to establish the nature of war heroes.

Installation:
Unzip the archive on your USB drive and copy the file respecting the structure PS3/SAVEDATA/XXXXXXXXXX.
Insert the USB device into your PS3.
Visit Manager Savegames from XMB and you’ll save your.